Linda has received international acclaim from researchers, legal & mental health professionals, and victims’ advocates for her work on the connection between violence and language in diverse settings. She has worked closely with Allan Wade and Nick Todd in developing the Response-Based approach to community work and therapy with victims and perpetrators and is Associate Professor of Psychology at Okanagan College. Linda has published numerous articles and book chapters on the connection between violence and language.

Coates, L., & Wade, A. (2015) We’re in the 21st century after all: Analysis of social responses in individual support and institutional reform. In M. Hyden, D. Gadd, & A. Wade (Eds.), Response-Based approaches to the study of interpersonal violence. London, England: Palgrave MacMillan.

Telling it like it isn’t: Obscuring perpetrator responsibility for violent crime. Discourse & Society,15(5), 499-526.

Listeners as co-narrators. Journal of Personality and Social Psychology, 79(6), 941. 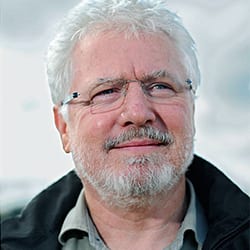 Allan lives on Vancouver Island where he works in private practice as a family therapist and researcher. Allan is primarily concerned with addressing the problem of violence in all its forms and in promoting socially just legal and human services work. With Linda Coates and Nick Todd, Allan has developed a Response-Based approach to working with victims and perpetrators of violence. Allan is senior faculty with the Master of Counselling Program, City University of Seattle and Adjunct Associate Professor of Social Work at the University of Victoria.

Coates, L. & Wade, A. (2015) We’re in the 21st century after all: Analysis of social responses in individual support and institutional reform. In M. Hyden, D. Gadd, & A. Wade (Eds.), Response-Based approaches to the study of interpersonal violence. London, England: Palgrave MacMillan.

Wade, A. (2014) “Where the hell is everybody?” Leanna’s resistance to armed robbery and negative social responses. In S. McNab & K. Partridge (Eds.), Creative positions in adult mental health: Outside in—inside out. London, England: Karnac Books. 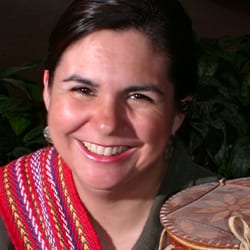 Cathy is an Associate Professor in the School of Social Work, at the University of Montreal. She is a social activist who has documented the ways in which Métis people respond to violence, racism, oppression, and cultural attacks. She also works with the response-based team to develop appropriate analysis and intervention for violence in society and in families, particularly men’s violence against women, against children and the responses to this violence. This work has applications in sectors such as child welfare, the transition house and refuge movement, research, justice and therapy. Cathy is a family/psychotherapist with a private practice at the Sedona Centre in Montreal. She specializes in supporting Indigenous people in relation to colonization and racism as well as working more generally with individuals, couples and families. In 2022, Cathy received the Dean’s Award for Excellence in
Community Outreach and Public Engagement from Concordia University for her involvement in multiple projects with Indigenous Communities in Montreal, Nunavik and internationally in Mexico, New Zealand, and Australia.

Creating islands of safety for victims of violence: A critical systems approach. In I. McCarthy & G. Simon (Eds.), Systemic therapy as transformative practice. Dublin, Ireland: Everything Is Connected Press. 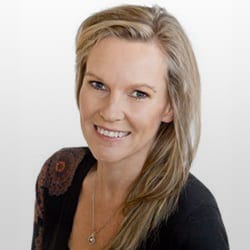 Shelly Dean (Bonnah) is a family therapist, clinical supervisor and organizational consultant from Kamloops, BC. Shelly works with children, youth and adults who have experienced violence and other forms of adversity, with a special interest in victims of institutionalized violence. Her doctoral research focused on children’s responses and resistance to violence–specifically understanding their behaviour in context, the nature of social interactions with young people, the connection between violence and mutualizing language, and the social responses that they receive. Prior to opening the Centre for the Centre for Response-Based Practice in the Interior of BC, Shelly was the Chief Operating Officer of a multi-service, non-profit organization and was also a foster parent for just over 15 years. Currently, Shelly works with other professionals who are interested in Response-Based Practice as a clinical supervisor and an organizational consultant. She also teaches in the Master of Counselling program at City University of Seattle and the Master of Education program at Thompson Rivers University.